Home » Regions and Counties » Dublin » An End to My Boxty Blight

An End to My Boxty Blight

by Jody HalstedLast Updated: April 1, 2016
This site generates income via partnerships with carefully selected travel brands and/ or purchases made through links to them. As an Amazon Associate I earn from qualifying purchases. See why this is important.

Boxty on the griddle

Boxty on the pan

If you can't make boxty

You'll never get a man

So goes the old Irish rhyme. I suppose it's lucky I didn't hold out to marry an Irish boy, or I would be an old maid by now!

As sorry as I am to admit it, I just have not mastered the making of boxty, the traditional Irish potato pancake that can take many forms. Recipes abound; thick slices cut from a skillet to thin, crepe-like pancakes wrapped around a delicious filling.

Since my first taste of boxty, in 2005 at Gallagher's Boxty House in Dublin, I have tried dozens of recipes. Hearty skillet boxty, smaller fried boxty, thin pancake boxty. And none of them have been successful. I have decided to blame the potatoes…

So, when my boxty craving hits, my family heads to Dublin Bay Pub in Ames where they make boxty like I had in Dublin- thin potato pancakes wrapped around savory filling.

I was recently in Dublin for the TBEX conference. Opening night was hosted by Fáilte Ireland at the Guinness Storehouse. In addition to live music and stunning dancers, there was a plethora a delicious Irish food – artisan cheeses, smoked salmon, oysters, and a boxty dumpling and bacon skewer.

I lamented my boxty failures to the effusive gentleman serving this delectable treat. It was only when I mentioned my ‘boxty escape' to Ames and the potato pancakes that so reminded me of Dublin that the gentleman said, “They stole that from me, my restaurant was the first to do that.”

As I continued to nibble on the tasty treats, Padraic Óg, the owner of Gallagher's Boxty House, gave me a tips on making boxty. And it is really all about the potato. Padraic confirmed my suspicions that I need to find a very floury, dry potato (and may have inadvertently confirmed that I am an impatient cook).

And then he gave me this:

I may have been more excited about that little box than anything else that night.

Not even home from Ireland a week, and I was already craving my personal comfort food. Taking a package of bangers from the freezer and a couple bottles of Guinness from the fridge, I set out to make dinner.

Lightly browning the bangers in a skillet, I then added the Guinness and set it to simmer.

In a glass mixing bowl I blended the boxty mix and water, leaving it to set for 15 minutes to let the starches set, and silently praying that I didn't, somehow, mess up this boxty as well.

With much trepidation I melted butter (Irish Kerrygold, of course) in my skillet and poured in the first pancake. Watching the bubbles slowly form in the batter and pop, I carefully monitored the edges, waiting for the perfect moment to flip.

Slowly sliding the spatula under the  boxty, I made my move. And a perfectly golden treat was facing up at me. As I waited for the opposite side to cook, I finally saw an end to my personal boxty blight.

Joyously I wrapped the bangers in boxty, ladled on the Guinness gravy and sprinkled a generous amount of Dubliner cheese over the top. Dinner is served.

Oh, I'll continue to try making boxty from scratch – I'm determined to one day get it right – but you can bet I'll be visiting the British food store where I buy my Irish goodies and asking him to get the Boxty Potato Pancake Mix for me.

Story of the Claddagh Ring

When my husband and I married I didn't want a diamond or a band sparkling with adornments- all I wanted was a simple Claddagh....

Little Surprises You May Find During Your Ireland Vacation

The other day I had the chance to chat with Eoin at Bitesize Irish Gaelic about some of the ‘surprises' you may run into during... 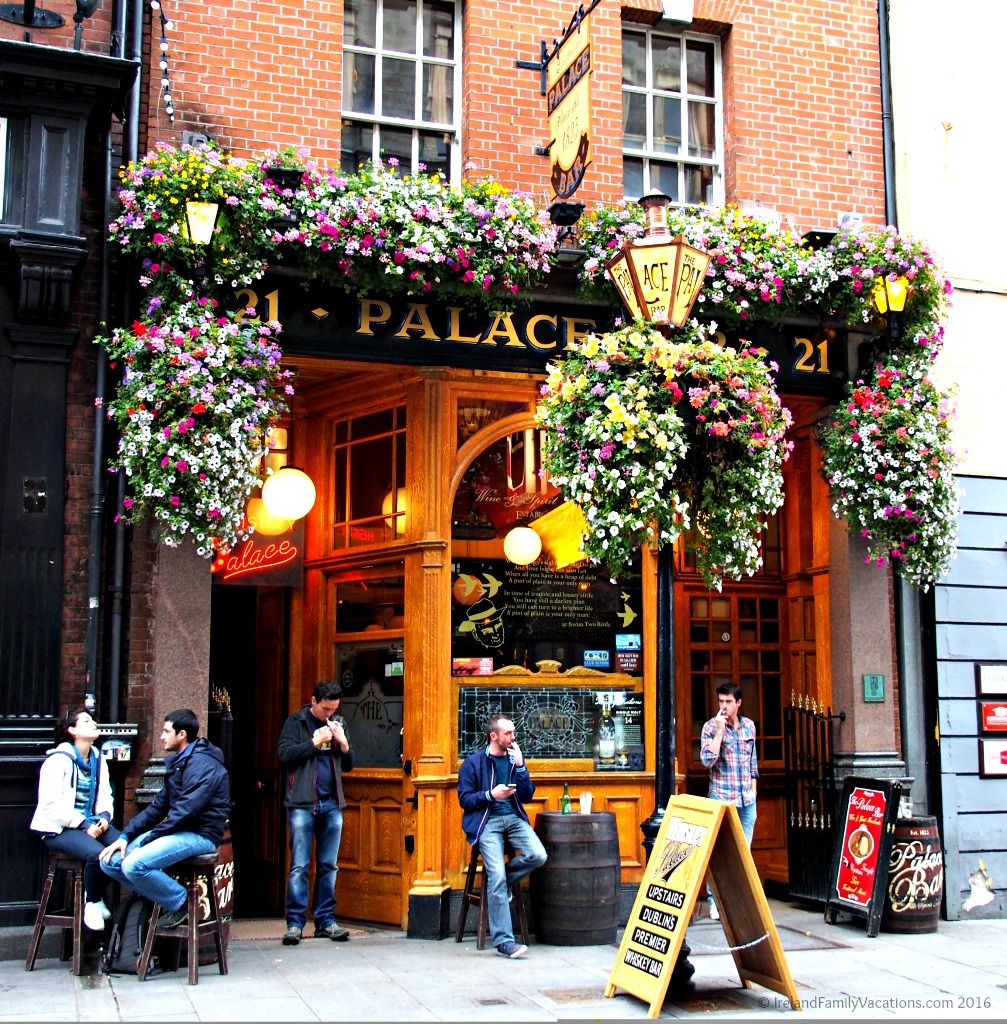 Oh the things you do for a great airfare! (Under $700 round trip) The girls & I set out this morning on the just...