by Jody HalstedLast Updated: November 1, 2016
This site generates income via partnerships with carefully selected travel brands and/ or purchases made through links to them. As an Amazon Associate I earn from qualifying purchases. See why this is important.

Killarney is the main tourist hub of south west Ireland for good reason.  Within minutes you can be wandering an ancient abbey, touring a castle, wandering through Ireland's first national park or reliving Victorian splendor- to only name a few popular outings.  Killarney is also the base for most Ring of Kerry tours, an easy drive to the Dingle Peninsula or the Ring of Beara.

The heart of Killarney, Killarney National Park, is Ireland's first national park. It came into being in 1932 when the Muckross Estate was gifted to Ireland by Senator Arthur Vincent and his parents-in-law Mr. and Mrs. William Bowers Bourn, in memory of his late wife Maud.

The National Park covers over 25,000 acres of spectacular  mountains,wild  moors, woods, beautiful lakes and rivers, expansive parks and gardens. There are many entries into the park within and outside of Killarney and a nice day will have the paths filled with walkers and bikers. (Bikes are available for rent in Killarney at Kerry Bike Hire or Killarney Rent a Bike.) We chose to get an overview of the park by taking a ride in a jaunting cart. Automobiles are not allowed inside the park.

Jaunting carts gather on Kenmare Place in Killarney. This is a main roundabout on the edge of Killareny's tourist district (just in front of Lir Cafe & Chocolates); you won't miss it. Our driver, Martin (who, quite incidentally, took me on my first jaunting cart tour of Killarney National Park in 2003), was a wealth of information during our ride through the park and stopped for photo opps.

Your jaunting cart tour will take you through a portion of the park, past a large public playground, and to Ross Castle on Lough Leane (the Lake of Learning).

Ross Castle is a 15th century tower house and was one of the last strongholds in the region to surrender to Oliver Cromwell in 1652. It has been restored and is furnished in the style of the 16th and 17th centuries. Guided tours, available mid-March thru late November, lead you through the castle explaining how each room of the tower was used.  It's quite interesting to hear, and try to visualize, the information you receive.

If you picnic near Ross Castle save bits of bread or crackers for the ducks and swans that inhabit Lough Leane year round. They'll come right to the edge of the lake to say hi. My girls were fascinated with the “birdies”.

Lough Leane was given it's name because of the monastery that sits on it's largest island, Innisfallen. Built in the 7th century and occupied for nearly 700 years this is where the ‘Annals of Innisfallen', a cronicle of early Irish history, was written. If you wish to investigate the ruins on Innisfallen rowboats are available for rent at the castle or guided boat tours can be arranged.

The Muckross Estate is the center of Killarney National Park and is a great place to begin the day.

We first drove out Kenmare Road (N71) and parked at an entrance to the park near Muckross Abbey. There will likely be jaunting carts here but decline and enjoy the short stroll. This is a great ruin to explore as you can climb the narrow spiral staircases into the upper levels for great views of the lakes. A large yew tree fills the cloister court. At the edge of the cloister you will also see this terrific tile map of the Abbey:

Take time to explore the church yard as many Irish notables are laid here- including The McCarthy Mor, king of Munster (he's in the chancel).

From here you can walk to Muckross House or return to your car and drive another mile down the road to the main entrance. Muckross House is open year round, while its Traditional Farms are open late March thru October.

Muckross Estate is an OPW Heritage site. An OPW Hertiage Card card covers many of Ireland's greatest sites and is good for one year from date of purchase. It can be purchased at any OPW site, the Dublin or Shannon airports and certain tourist offices.

The tour of Muckross House, a breathtaking 19th century Victorian mansion, is well worth your time. Small children may become bored about half way through so my recommendation is to take separate tours- one parent tours inside while the other parent tours the gardens with the children. (If you do take your kids on the tour the guides are most gracious and give special attention to your little ones.)

Where my daughters didn't become bored, however, were on the grounds of Muckross Estate and in the gardens. Outside the front entrance (seen above) you will find more jaunting carts. This is a great place to catch a ride if you haven't been on one yet. Otherwise just stroll the grounds. From here you have beautifully manicured grounds that nestle up to Middle Lake. Around back you will find an enchanting rock garden filled with stone paths and benches. It's a great place to explore and look for faeries.

If the kids get tired of exploring there they will surely love the maze garden just down the hill.

After playing and touring take a break in the Walled Garden Center and visit the craft shop, view weavers and potters, and have a quick snack (or lunch) in the restaurant.

Then venture over to Muckross Traditional Farms. Visit three working farms and the people that were necessary to make them work. The time span for the farms is the 1930's and 40's when then main power was horses and the day ended when the sun went down.

If you're up for a bit more exploring you can walk or drive (a bit farther down the N71) to Torc Waterfall. It may not be the biggest waterfall you've ever seen but it is set in such a beautiful location that you'll want to take your photo in front of it.

Have you visited Killarney National Park, Ross Castle or Muckross House & Farms? I would love to hear your thoughts and favorite things to do in Killarney!
Portions of the post were taken from the original at my Family Rambling site.

Some of Ireland’s Hidden Treasures

Ireland is filled with fascinating castles, megalithic tombs and medieval forts.  On our first trip as a family we visited Cahir Castle in Tipperary.  Often... 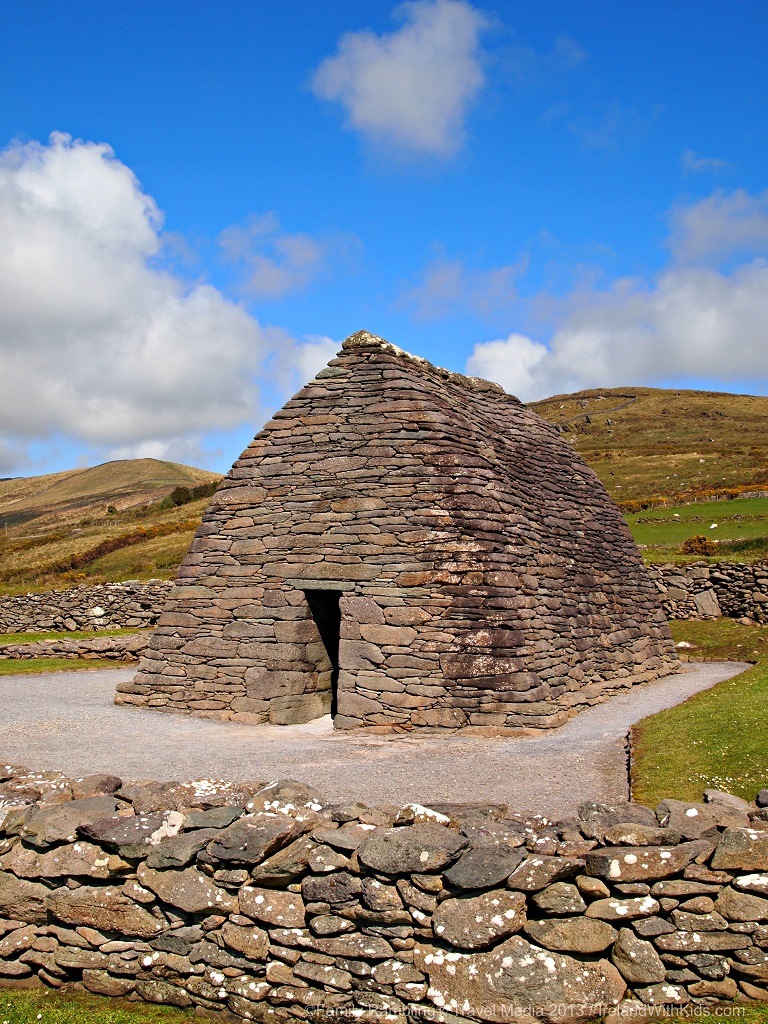 The Gallarus Oratory on the Dingle Peninsula