There are Only Two Roads into Dingle

by Jody HalstedLast Updated: August 26, 2013
This site generates income via partnerships with carefully selected travel brands and/ or purchases made through links to them. As an Amazon Associate I earn from qualifying purchases. See why this is important.

The Dingle Peninsula stretches into the the Atlantic Ocean, windswept and dramatic, as if it were trying to escape County Kerry.

There Are Only Two Roads into Dingle

As you can see by the map above, only two roads will lead you onto the Dingle Peninsula:  the N86 and the R561.

The N86 enters the Dingle Peninsula from Tralee and, near the village of Camp offers two routes into Dingle town.

For a dramatic view you won't soon forget, take the exit for R560 which will lead you over Conor Pass, the highest mountain pass in Ireland.  Views are incredible, no matter which way you look.

Our view was a bit hampered by the heavy clouds.  We were high enough and the clouds so heavy, that it felt like you could pull off a chunk- almost like cotton candy.

Conor Pass, while steep and narrow, is really a nice road to drive and shouldn't cause much issue for drivers on vacation in Ireland.  Note:  large vehicles like camper vans and trucks are restricted on Conor Pass.

If you choose to follow N86 to the south, you'll have some incredible views as well as some fabulous switch-backs as you climb the mountains.

Note:  Even if it was a lovely day at the lower altitudes, be prepared for cooler temperatures and wind at the car parks on Conor Pass and the N86.

Both N86 and Conor Pass have car parks so you can safely take in the stunning views.

The faster route into Dingle town, the R561 follows the southern edge of the Dingle Peninsula where it meets with the N86 near Annascaul.  A popular stop on this route is Inch Beach.

Leaving Inch, you'll enjoy a stunning cliff-top drive before joining the N86 and continuing into Dingle.

Find your perfect lodging in Dingle!

It's one of Ireland's top destinations, visited by nearly one million people annually. No one can deny the Cliffs of Moher are simply stunning.... 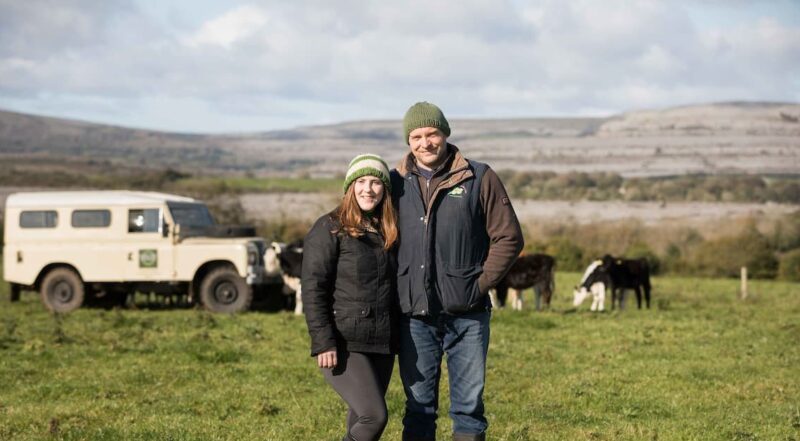 Brohagh O'Rourke and her husband Cathal, a fifth-generation farmer, are your hosts at the Burren Farm Experience in County Clare where you can take...

The Irish are natural storytellers, and often their tales are best told through song.  Such is the ballad of Dan O'Hara. For refusing to...