by Jody HalstedLast Updated: June 27, 2018
This site generates income via partnerships with carefully selected travel brands and/ or purchases made through links to them. As an Amazon Associate I earn from qualifying purchases. See why this is important.

The Augustinian Priory of Athassel is said to have once been the largest abbey in Ireland; an urban settlement of nearly 2000 people surrounded it. Today it remains largely forgotten, visited most often by local youths looking for a remote place to gather.

When the opportunity presents itself to join a knowledgeable local at a rarely explored historic site, you take it. (<– important travel tip!)

When that knowledgeable local is Neil Jackman, archaeologist and executive director of Abarta Heritage, you happily trudge out in heavy rain to hear the stories he has to tell.

Like many of my Irish friends I first met Neil on twitter; I would often reply to and share his incredible photos and snippets of history.

During our 2015 Ireland travels we crossed paths with Neil and were treated to a tour of an oft-missed ruin.

The day we visited with Neil the rain was coming down in a steady, heavy drizzle, the gray skies making the grass appear more vibrantly green. I have to admit to not pulling out my large camera during our visit – all photos below were taken with my Samsung Galaxy, so I will apologize in advance for the quality.

The approach to Athassel Priory involves parking at at the edge of a narrow country intersection, hopefully out of the way of any traffic, walking down the road to a stile, and entering a field where you may walk through a herd of indifferent livestock as you watch the abbey appear before you.

The Augustinian Priory of Athassel is said to have once been the largest abbey in Ireland; an urban settlement of nearly 2000 people surrounded it. Today it remains largely forgotten, visited most often by local youths looking for a remote place to gather. 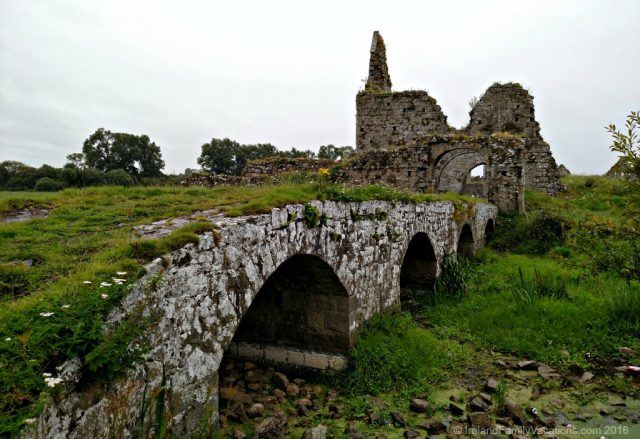 To reach Athassel Priory you cross this bridge. I'm always amazed by the strength and craftsmanship of stone bridges that have survived for hundreds of years. 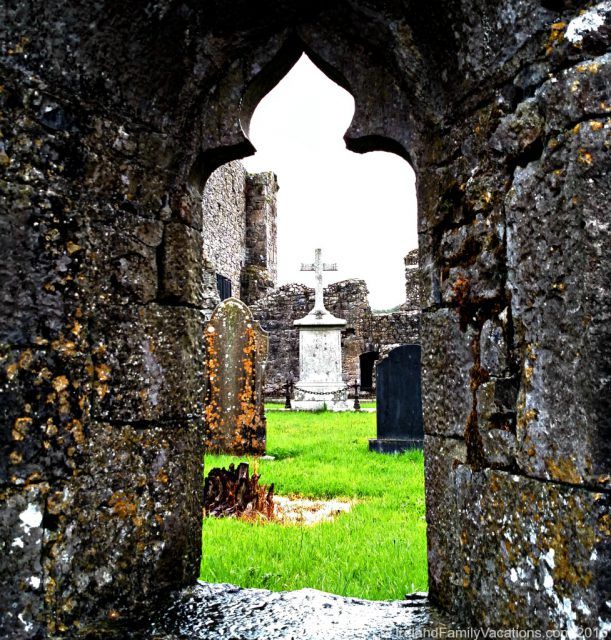 The intricate carvings reminded me quite a lot of Jerpoint Abbey in neighboring County Kilkenny.

Hours could be spent reading the intricately carved stones and exploring the ruins of the abbey.

Neil is much better at sharing the history of Athassel Abbey on Time Travel Ireland than I would be here, so do pop over and take a look.

Though I told Neil that I thought he could lead ‘Hidden History Ireland' tours, he assured me that he's not really tour guide material (I beg to differ). But you can have the next best thing – one of his meticulously researched audio guides. Priced at €1.99 (though many are free!) Abarta Heritage audioguides are a wonderful way to take Neil's expertise along in your pocket!

Making Friends is Easy in Ireland

This is one of my favorite photos of Brenna during her first trip to Ireland.  She had just had her first birthday and... 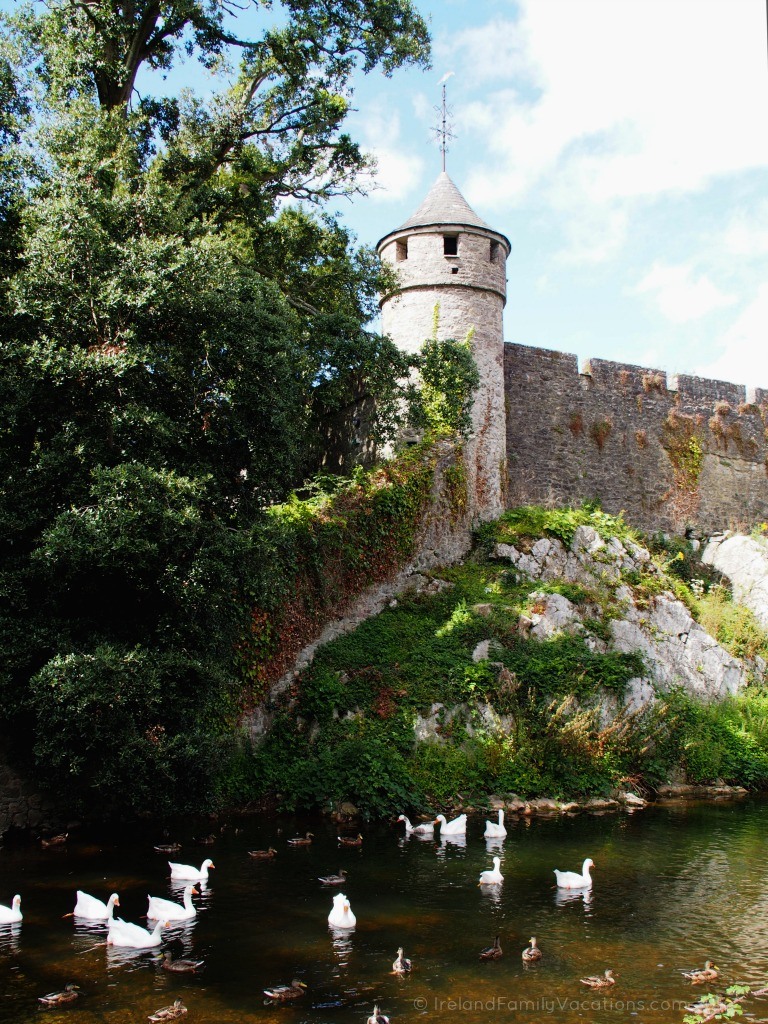 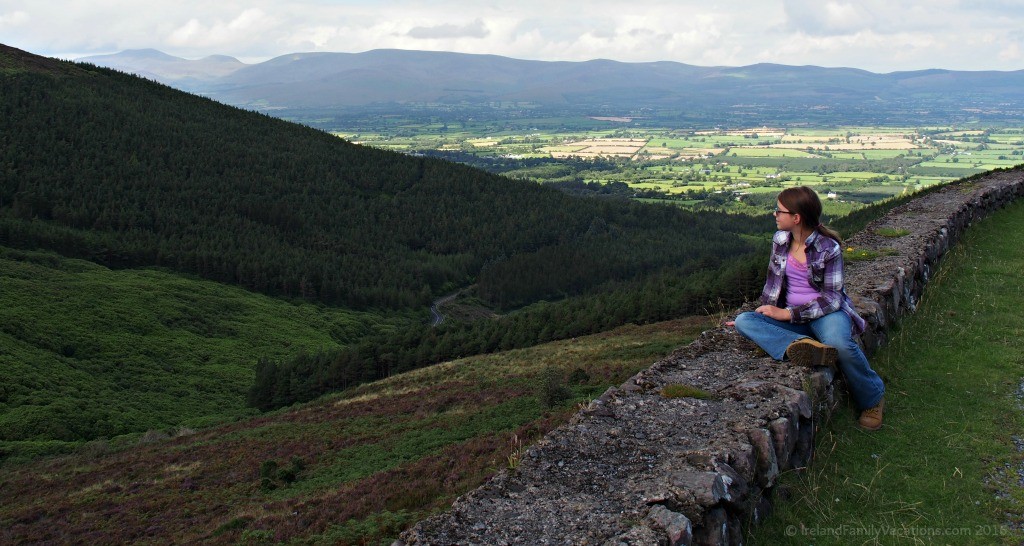 I can't emphasize it enough – the best Ireland vacations are the ones where you stay in fewer locations and really explore the surrounding...