by Jody HalstedLast Updated: July 30, 2019
This site generates income via partnerships with carefully selected travel brands and/ or purchases made through links to them. As an Amazon Associate I earn from qualifying purchases. See why this is important.

Few spots in Ireland invoke the imagery of Irish mythology more than the Giant's Causeway along Antrim's northern coast.

Science may explain the polygonal stones as being caused by volcanic activity 60 million years ago, but in your mind's eye you can't help but see the giant, Finn McCool, setting his stepping stones across the waters between the island of Ireland and Scotland to fight the Scots giant.

The basalt columns have been photographed and written about thousands of times and are one of the top tourist attractions in Northern Ireland. So much so that an entire driving route is named for it: the Causeway Coastal Route.

If visiting the Giant's Causeway is on your Ireland itinerary you've likely read quite a bit already! So, instead of re-hashing the basics I'm going to share a few tips for your visit.

You Can Visit the Giant's Causeway Without Paying

It's not a problem to bypass the visitors centre and stroll right down the hill to the Grand Causeway.

Posted entry fees are inclusive for parking, entry to the exhibition, cafe & shop, an audio guide and, if desired, a guided walk.

To skip the fees simply park away from the visitors centre. The lot at Giant's Causeway & Bushmills Railway is just a few pounds and a short walk away. You may also find a local farmer who will let you park and walk from his land for a small fee.

So why would you pay to visit if the site itself is free?

First and foremost, the visitors centre, managed by the National Trust, is a terrific resource for learning about the Giant's Causeway. With areas of exploration for kids and plenty of history and information for adults, a stop in here offers an amazing overview and fills in the gaps of your Causeway knowledge.

Also… parking. It's just such a convenience to park nearby. And then there is the audio guide, a wonderfully handy bit to have along as you trek down the hill to the stones beyond.

The Causeway is a Bit Farther Away Than You May Think

Departing from the rear of the visitors centre you may be surprised to find that the towering columns are more than a stone's throw away.

In fact, they are a bit more than a mile away.

Downhill. Which is easy enough. Until you turn to come uphill.

Luckily there is a dedicated Ulster Bus route from the top of the hill to the bottom, at the cost of £1 each way.

My advice- walk down and enjoy the sight of the Grand Causeway as it comes into view. And take the bus back up!

This Shouldn't Be a ‘Take a Photo and Go' Site

As I've already mentioned, it will take you a bit of time to get down to the stones you've come to see. So why would you snap a few photos and leave?

During our visits we have watched many people do just that… they would ride down on the bus, get off, take photos for 10-15 minutes, queue for the next bus, and go. Frankly, it was bizarre.

How long do you need at Giant's Causeway? Plan at least two hours. Explore the Grand Causeway, then move beyond.

Four walking trails within the site provide hikes for all ages and abilities.

How to Spend 2-3 Hours at the Giant's Causeway

As I mentioned, visiting the Giant's Causeway shouldn't be a quick ‘photo stop'. I recommend at least two hours to explore the Grand Causeway, then pass through the Giant's Gate and explore beyond!

If you don't plan to spend time in the visitors centre pass through the tunnel at the rear of the parking lot.

If you are able, walk down the hill to the famed rock formations. If you have an audio guide there are marked stops along the pathway for you to pause and hear the corresponding information.

The Grand Causeway comes in view as you round the corner at the bottom of the hill. As you approach do take care as some rocks can be slippery. There are also stone fields where some rocks may not be stable.

Explore the Grand Causeway at your leisure. Usually 30-45 minutes is plenty of time here.

Leaving the Grand Causeway, pass through the ‘break' in the stones known as the Giant's Gate and follow the wide pathway toward the cliffs.

As you follow the path you will find the Giant's Boot (reported to be a size 93 1/2) and, just beyond, a trail that rises up the side of the cliff.

The trail that rises up the cliff and toward the area known as The Ampitheatre isn't terribly difficult, though there are a couple spots that are steep enough to leave you winded.

The viewing platform at the end of the trail offers a view back toward the Grand Causeway, across the North Atlantic toward Rathlin Island, and toward the Chimney Stones.

Due to rock slides and erosion the lower cliff path ends here.

If this walk was enough hiking for you, turn back down the path and approach the Grand Causeway along the same route. Use the bus to return to the visitors centre.

For a challenging up-hill hike follow the left fork of the trail and take the Shepherd's Steps to the top of the cliff.

I recommend a moderate level of fitness if you plan to climb these steps. Though there are only 162 of them, they are steep, uneven, and sometimes slippery.

When you reach the top of the cliff you can turn east, following the long distance walking route, or head back toward the visitors centre.

The hike, from the Grand Causeway to the Ampitheatre, then up the Shepherd's Steps and back to the visitors centre can take 40-90 minutes depending on your level of fitness.

Don't want to do all that climbing but still want the amazing views?

Take the above advice and turn it around!

Take an easy flight of stairs up behind the visitors centre to reach the top of the cliff. Follow the path to the steps and go down. (Use caution- they can be slippery and are steep and uneven!)

Make your way down to the Grand Causeway, then take the bus back to the visitors centre.

There are Always People Here

You can arrive as the sun is rising or setting, or in the dead of winter. Truly, no matter when you plan your visit there will be others here.

My tip: arrive early in the morning, before 9:30am, or later in the evening (in the summer), after 6pm. Though you aren't likely to have the causeway to yourself the crowds will be much lighter.

If you have your heart set on a specific photo, find your angle, get your camera settings in place, and wait for your shot. It will come sooner or later- just be ready when it does.

Finn McCool May Have Built the Causeway….

but it was his wife who defeated the Scottish giant.

You see, Finn didn't know how large the Scots giant really was. And when he found out, Finn knew he would be defeated. Luckily his wife Oonagh had a quick mind and outwitted the large, but somewhat dim, Benandonner. Read the legend of Finn McCool.

Though many people visiting the Giant's Causeway drive the entire 120 mile Causeway Coastal Route in one day, I recommend 2-4 days to really do justice to the area.

Would you like an itinerary with a focus on the Causeway Coastal Route? Check out the Ulster Overview (it's free!)

Spots you shouldn't miss when visiting the Causeway Coast include the Glens of Antrim, Torr Head, Mussenden Temple, and Dunluce Castle – and quite a few other spots you might not have heard of!

Learn what most tourist guides don't tell you about visiting the Carrick a Rede Rope Bridge.

Take time for a guided tour of the walled city of Derry (Londonderry).

Find out what you can really expect when you visit the Dark Hedges.

Looking for someplace fabulous to eat as you tour the Causeaway Coast? I highly recommend the Red Door Cafe in Ballintoy. Located between the Giant's Causeway and the rope bridge, it's in a perfect location. You'll find it on the west side of the village down the Harbour Road. 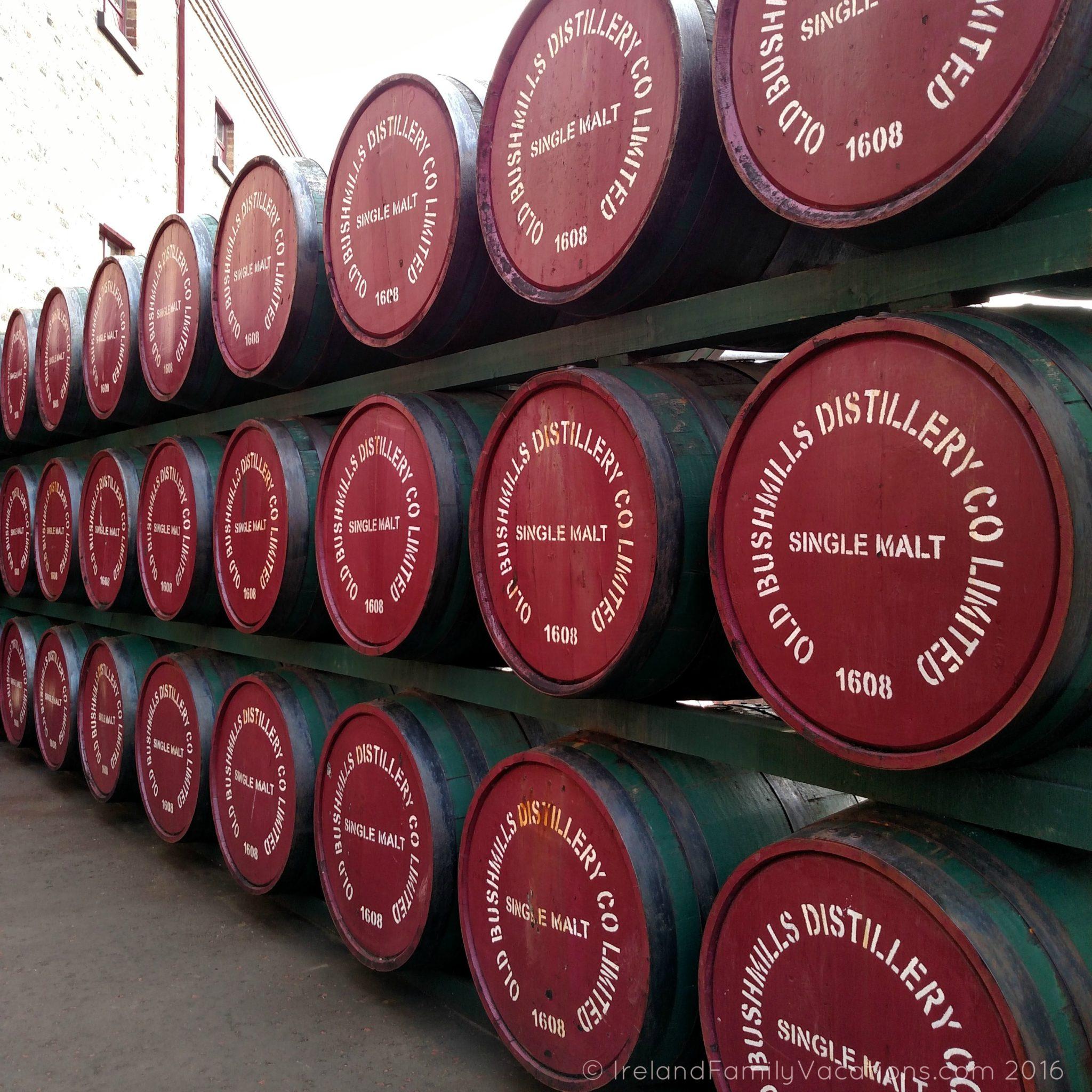 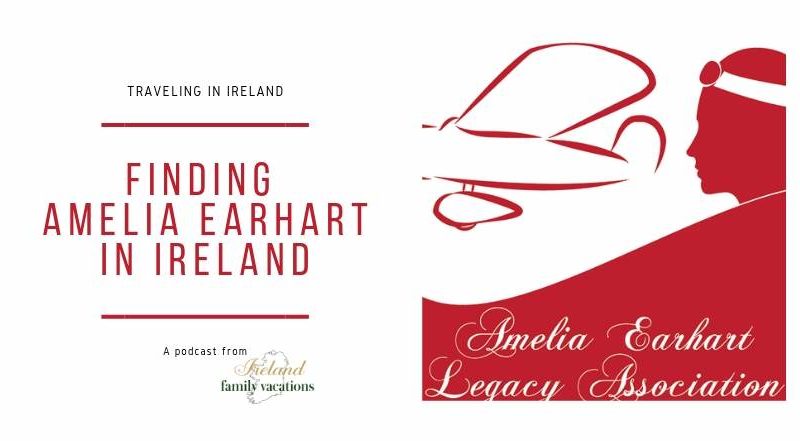 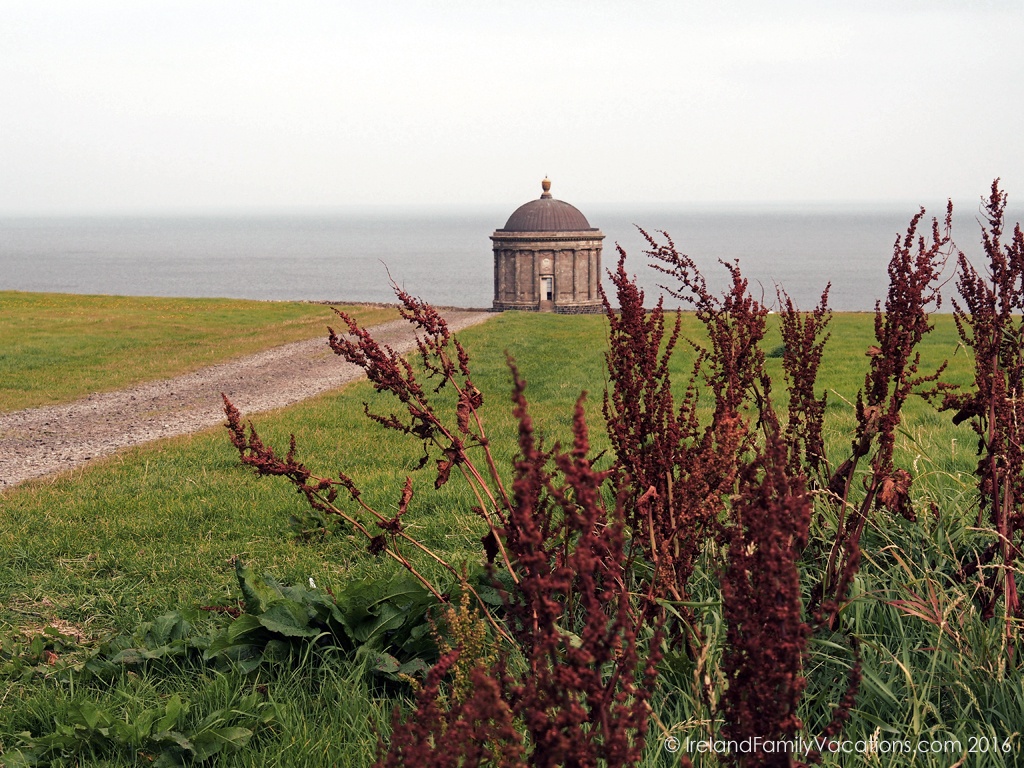